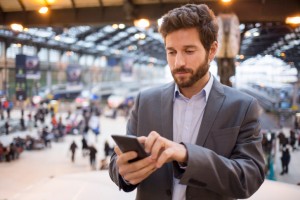 For many working individuals across the nation, travel is essential. Meetings tend to take many out of the office and to other states, sometimes clear across the nation. In other situations, vacations and family emergencies could take us away from our offices and force us to rely on our smart devices to connect with our business. While many times individuals have never found an issue connecting, there has become an increasing issue with certain airports across the nation with being able to connect to the internet.

Many travelers are becoming increasingly frustrated with the lack of coverage available while coupled with the inability to connect to the airport’s Wi-Fi. An independent company known as RootMetrics conducted a study that showed while mobile network performances has improved, reliability and speed of the connections would vary depending on the carrier and airport. The team from RootMetrics spent time at 50 of the nation’s busiest airports and tested speeds for uploading and downloading during a number of different activities. They also took into account the reliability of the connection along with the ability of individuals to remain connected to the network once an initial connection is made.

The top five performing airports based on the study include:

Airports that found themselves on the bottom of the list included:

FiberPlus has been providing data communication services for a number of different markets through fiber optics since 1992. What began as a cable installation company for Local Area Networks has grown into a top telecommunications business that can provide the Richmond, VA, Baltimore, MD, Washington DC, and Northern Virginia areas with a number of different services. These services now include:

Categories: Blog, Helpful Information, and Systems Offered | Tags: airport service and Distributed Antenna Systems
This entry was posted on Monday, August 10th, 2015 at 3:41 pm . You can follow any responses to this entry through the RSS 2.0 feed. Both comments and pings are currently closed.