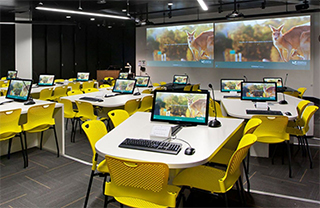 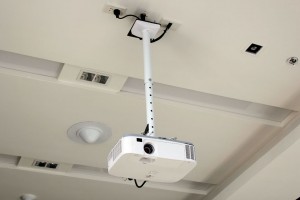 Displays are ubiquitous in our modern world; whether using a display to show television, movies, computer games, or digital signage, you can seldom enter a room without some sort of display. Depending on the required solution, displays can be mounted on walls, hanging from ceilings, or even outdoors. FiberPlus can identify and install the needed cabling and mounts for your display needs.

FiberPlus provides technology solutions for government customers at the federal, state, and local levels, as well as for commercial government contractors, hospitals, universities, and other commercial and retail organizations.

The Institute of Electrical and Electronics Engineers (IEEE), along with the HDBase-T Alliance, has jointly announced that the IEEE Standards Association Standards Board approved the HDBase-T Specifications 1.1.0 and 2.0. The HDBaseT standard will become the IEEE 1911 standard once the adoption process is complete.

HDBaseT is a standard for the delivery of uncompressed, ultra-high-definition multimedia content, for home or commercial installations over a single, CAT-6 UTP cable at distances of up to 100m/328ft.

The cornerstone of HDBaseT technology is the 5Play feature set that includes five features enabled and delivered by HDBaseT, namely:

FiberPlus can deploy this technology to reduce costs and simplify new and existing AV installations in homes, office conference rooms, and school classrooms.