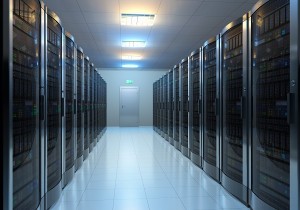 Did you know that loud sounds can damage hard drives? This is exactly what happened last month in an ING Bank data center in Romania during a fire extinguishing test. Data centers often rely on inert gas rather than water to extinguish a fire, since the gas does not harm the hard drives. However, this release of inert gas during the drill created a sound that was loud enough to severely damage several hard drives in the main data center. Luckily, the bank had a backup data center that kept all of its clients’ information safe. Despite this, local clients were unable to use their debit cards or access online banking for 10 hours while the situation was being remedied.

How Does Sound Affect Hard Drives?

You may be wondering how the release of inert gas could create a sound that is loud enough to destroy dozens of hard drives. It really has everything to do with the design of the fire suppression system. The nozzles that released the gas were too small, which, when combined with the high pressure of the gas being released, created a very loud sound (think of the sound a steam engine creates as steam is released). The bank monitored the drill and recorded the sound to be “as high as their equipment could monitor, over 130dB”. This video, recorded by Brendan Gregg in 2008, gives an explanation and a (slightly hilarious) example of how noise can affect hard drives. Essentially, the vibrations from the sound can cause the read/write heads inside the hard drives to go off the tracks. It only takes a displacement of 1/1,000,000 of an inch to offset the read/write heads and damage the hard drive.

Due to the magnitude and complexity of the damage, it took ING Bank 10 hours to fix all the damage and restore the functionality of their local clients’ accounts. Ultimately, the bank had to perform a cold start of all the hard drives at the main data center. To ensure that no data is lost, the bank also created another copy of the data, in addition to the information at the emergency backup data center. ING Bank spent the next few weeks doing an intensive assessment of each piece of damaged equipment.

Do you have an emergency plan for your data center? Even large companies like ING Bank can be affected by unforeseen disasters. You may want to consider a backup data center like ING’s, which was able to prevent the total loss of sensitive client information. It’s also prudent to make sure that you have a working fire suppression system that alerts first responders and, most importantly, doesn’t emit a sound as loud as a jet engine when it is in operation!

Categories: Fiber Plus News | Tags: data center, hard drives, and ING Bank
This entry was posted on Tuesday, October 11th, 2016 at 3:49 pm . You can follow any responses to this entry through the RSS 2.0 feed. Both comments and pings are currently closed.