Dyn Server Attack Relies on The Internet of Things 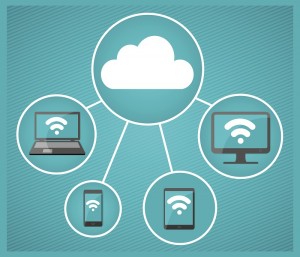 The Dyn server attack was instigated using the Internet of Things.

A few weeks ago, we discussed the Internet of Things, which is the phenomena of several Internet-connected devices that are becoming increasingly present in the average home, business, and city. In the home, you’ll find laptops, DVRs, security cameras, and even coffee makers all connected to the Internet via the home’s network! Businesses utilize the Internet of Things by using several Internet-connected devices. This can range from biochip transponders on farm animals to DNA analysis devices for environmental monitoring during research projects to field operation devices that assist firefighters on the job. When it comes to cities, there are several devices being used to make cities “smart”. For example, New York Waterways completed a fiber deployment that connected all their vessels and helps them monitor the vessels live, 24/7. The Internet of Things is everywhere! From individuals to business owners to entire cities, the Internet of Things helps us to be more connected and efficient. The only downside to this amazing technology is the chance of it getting hacked. This finally happened on Friday, October 21.

Dyn is a is a cloud-based Internet performance company. The company hosts domains for many websites that you may use on a regular basis, such as Twitter, Reddit, GitHub, Amazon, Netflix, Spotify, and Runescape. Dyn was attacked by hackers three times on October 21, which caused many of the sites that Dyn manages to be unreachable.

How does this work? And what does it have to do with the Internet of Things? Basically, hackers are constantly scanning for devices that they can infect with malware. When you have several devices that are all connected to the same network, this makes it easy for the virus to spread. Once the virus has infected every device on the network, it creates what is known as a botnet. This botnet uses all the devices to send out millions of requests to websites on the Dyn servers. Hackers utilized botnets composed of over 100,000 devices from all over the United States! The requests are so numerous that the sites cannot parse the real requests from the fake ones and instead shut down under all the strain.

Security Measures You Can Take

Unfortunately, there is not a lot that consumers can do to protect their networks. According to computer security writer Brian Krebs, you can remove the malware and plug the device back in, but “once you plug it back in there’s probably five or ten minutes before it gets infected again because there’s such much scanning going.” However, there are still a few precautions consumers can take. The best thing to do is keep devices as up-to-date as possible. For business owners, this may mean calling a professional to update a complicated system. Krebs also recommends that you change the passwords from the default as soon as you install a new item. Just taking these small steps can help to keep your network from being used in the next attack.

Categories: Fiber Plus News | Tags: Dyn, hackers, Internet of Things, security, and servers
This entry was posted on Monday, October 31st, 2016 at 5:34 pm . You can follow any responses to this entry through the RSS 2.0 feed. Both comments and pings are currently closed.